A full moon. Black birds or bats in the air. A statue (Roman) with a missing arm. A young male vampire recently fed, blood dripping from his mouth down upon his chest. A human skull, blood-spattered.

The eyes of the vampire are white. He’s on the hunt for another kill.

Tell me, is he with others, or alone? Is he newly made? Was this his first kill? Is he frenzied, 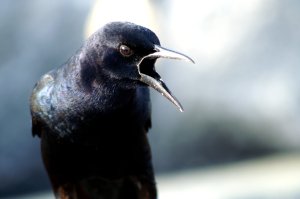 the thirst for blood overwhelming in his newness?

Does he look to his master or mistress for approval or for orders as to what comes next?

Who does the skull belong to? A friend? A foe? Someone he once loved?  Would he have vengeance upon his maker if that were possible? Whose blood has he taken? Friend, foe, stranger?

What is next? Is he one of the thirteen? By the look of his clothes too new to be the master.

He is a wily master and allows the boy to glut himself on blood. This is how he shall bind him. To give the boy just enough, and then to exact payment – to make him his slave.

His will power is gone. He belongs to him now. There’s no going back once one is immortal. Once one is dead.