Lucille is a very sexy human who has tried to deny her nature. She has needs that can’t be assuaged by one mortal man. Powers she doesn’t understand. There is one man who may be able to answer her questions. She’s about to discover he’s no ordinary mortal. Etienne is someone from her past who just happens to be a seductive demon who wants her for himself. He’s been patient long enough. Once she learns her true destiny, how long before these nocturnal lovers devour each other? Hel’s dominion await. 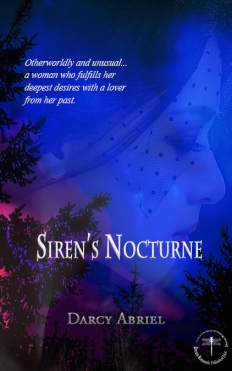 The night should frighten her, but this was her home ground. She actually felt more at ease in the darkness than she ever had during daylight. She and Etienne had often traversed the night long after her parents were asleep. He would call to her and she would climb down from her window to join him on their nightly excursions.

On many occasion in the past Lucille had thought that must be the reason daylight seemed to sap her strength. She had become so used to the night. As soon as the sun set, it felt as though energy flowed through her, calling her out to adventure in the darkness.

She hadn’t realized how much she missed Etienne and this place. Not until this very moment. It seemed to Lucille that she had spent so many years fighting her true calling, pushing against walls that refused to budge. Tonight it was as though she flew across the ground, weightless and free.

She inhaled the night air deeply, filling her lungs with its moist density, before entering the pavilion proper.

As she arrived at the entrance to the foyer, she halted when she noticed the hundred or so black candles burning brightly scattered through the main room. It was as though the flames hovered in the air, the candles themselves blending into the shadows of the room. And then she gasped and drew back when she saw the two pale bodies, a woman with long, flowing dark brown hair that spilled over the edges of the white marble altar, stretched out at the feet of the statue of Hel.

Lucille drew back into the shadows and set down the lantern at her feet. Flickering candlelight bathed the flesh of the naked woman sprawled on the altar, a man poised over her on his knees. Flesh so pale it matched the pristine marble of the altar upon which the woman lay. Lucille’s gaze focused on the strange wispy cloud hovering between the woman’s lips and the man’s. Undulating and swirling between them.

Lucille’s acute eyesight, particularly in the most limited illumination, had been another curiosity. Tonight it worked to her advantage as her sharp gaze flashed over the man’s body, noting the column of marble white, rigid cock swinging between his legs as he seemed to inhale the ethereal cloud, rocking his body over the woman. Tight, muscled buttocks flexed with his movements as he undulated back and forth, the image weaving a seductive spell through Lucille.

The woman’s body levered and arched up, pressing against the man as though locked to him by the odd misty vapor. Her head tossed back and forth and Lucille could hear her throaty moans echo throughout the chamber. Sounds of pleasure, a keening pitch to the tone that vibrated within Lucille.

The woman dropped back down onto the ledge as though weakened by whatever had just taken place; the vapor dissipated. Her head lolled to the side, the crimson mask glittering in firelight, her eyelids fluttering as though she couldn’t keep her eyes opened.
Lucille was shocked to realize it was a look she’d often seen on Brad’s face after they’d made love until the wee hours before dawn broke.

The man rose up, grabbed the woman’s lush, pale thighs and yanked her to him, positioning his cock at her entrance. As he slammed into her, a strange white light flooded the woman, and the man stroked his hands over her body, a path of pale light trailing his every touch like bits of lightning, flickering in his wake. Veins of light littered her flesh, ragged arcs of energy racing over her skin, sucked to the surface by the path of his hands over her body.

What was he doing to the woman? Lucille had never seen anything like it. The fascination held her rooted to the spot, unable to move. The heat of sexual frenzy bloomed over her own flesh at the terrible, seductive sight.

One thought on “Siren’s Nocturne – EXCERPT”