Writing prompt for this week. Just let the muse have his or her way with the words and see what happens. Enchanted topaz eyes haunted him endlessly. 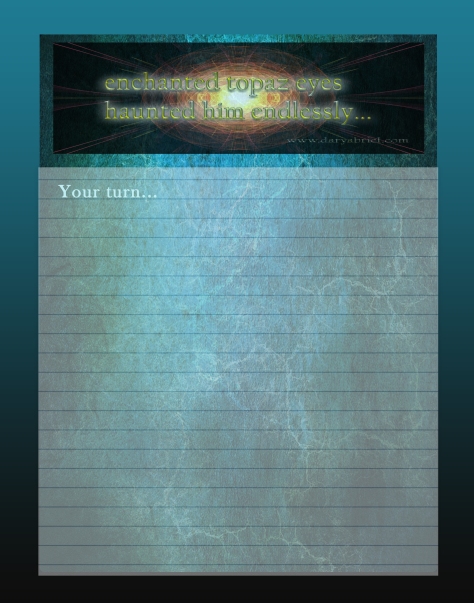 This week’s six-word writing prompt.  Beneath the tree he forever awaits. Have fun! 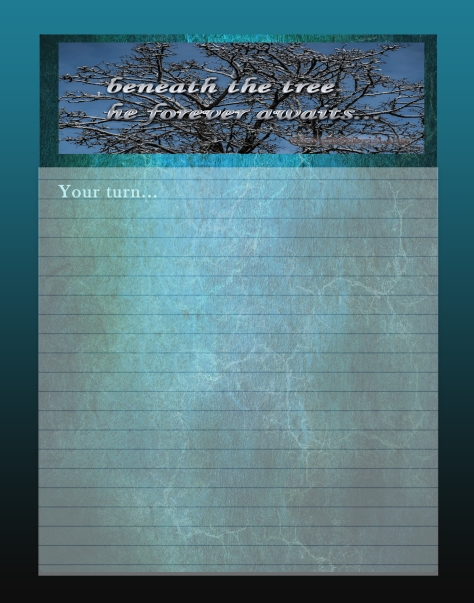 Been working on some new 6-work prompts. So, here’s another. “Small town chains fade her dreams… 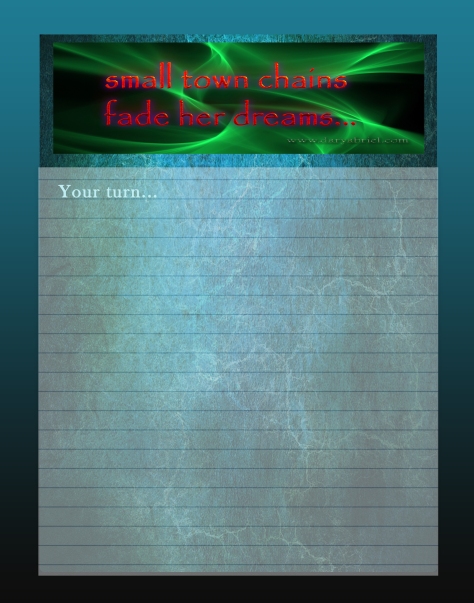 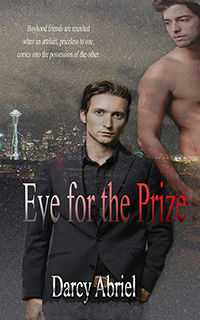 There’s something about childhood friendships.  I don’t know if it’s that as children, we possess that sheen of innocence, that certain unquestioning acceptance about the people who are a part of the formative years of our lives.  But there’s also a fear of losing special friendships if we reveal too much of what is in our deepest heart.  The moment is lost and we live with the regret of things not said. Sometimes we move on as we mature to new friendship spheres, and then sometimes not.  And we’re left with that lingering question in the back of our mind, “what if”?

Perhaps we have to move on, experience other things, follow different adventures before, maturing into our true self, like Dorothy discovering where the home of her heart truly lay, we recognize that one person who undeniably touches us heart and soul, giving breadth to our lives in a way we would never know without them.

Eye For the Prize is a discovery not just of an odd, supernatural object, but the rediscovery of friendship, of love, and perhaps the one person that makes anywhere truly home.  What would you give up to be united with that one true soulmate?  How far would you go?  And what if it came down to a choice between the man you love, or the family who raised you, whose blood you shared?  And there was no middle ground.  And what if the incident you’ve been set to investigate will eventually be the thing that changes your whole life?

In every object is a story, in every story there is a pulse of truth.  Finding the truth is Detective Larke Ava’s job.  Finding the object is Zhalazti researcher Roan Dwellen’s purpose. Reuniting with the boyhood friend who completed you was never part of the plan for either man.

Mystery, danger, heritage, and love.  Was there ever a more explosive combination?

Read an excerpt from Eye for the Prize 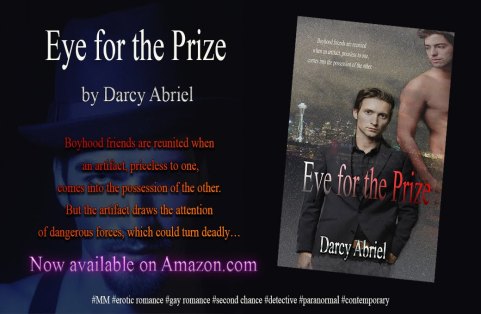 Ternekill is a small sleepy town in the Catskill Mountains of New York, with a lot of secrets and I love writing about small towns. Having grown up in a small upstate New York kind of town I know what’s it like living there. I am intimately familiar with small towns and with a writer’s imagination, I take this fictional small town of Ternekill and expose just a few of the secrets riding my two favorite guys from “My Soul He Seeks,” Ravol Nova and Byron Shepley. “My Fate, My Destiny” takes you a little further into their relationship and the depth of their commitment, one to the other. They do face challenges. But then again, it would be a pretty boring story if they didn’t. 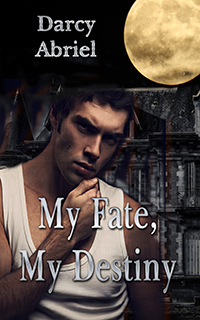 Ravol is a werewolf, no secret there. He’s been very up front with Byron about that part of his background. But up to this point Ravol has refused to allow Byron to witness his change from human to werewolf. Nor will Ravol agree to change Byron into a werewolf. Just one bone of contention between the two lovers.

Ravol carries a lot of baggage, including the death of his first love, Francesco. He’s a secretive man who tries to keep his life compartmentalized, but Byron is making that harder and harder to maintain. Notwithstanding, Ravol has a lot of baggage because of who he is – a part of the ancient Zhalazti tribe nobility that carries with it a great deal of responsibility and tradition.

Byron may be human, but he has his own set of secrets and full load of baggage he carries around with him, not the least of which is that he can communicate with the Ternekill House ghostly ancestors. Ghosts that are a sure part of his heritage and tie him quite closely to the town of Ternekill. More so than either Byron or Ravol knows.

But soon, some of those dark secrets for both Byron and for Ravol are about to be revealed Some revelations are expected, others not quite so much. Ravol’s past is about to meet his present with a life-altering, perhaps murderous climax. Secrets, if left to fester can kill. Secrets if finally revealed and faced can ultimately heal.

I love genealogy and dabble in it regarding my own family. Digging into the families of Ravol and Bryon and doing the research, fictional and not-so fictional is always exciting. And Ternekill reminds me of some of those smaller town in New York that were lost in the aftermath of flooding from Hurricane Sandy that destroyed forever certain quint towns where I picnicked, and did some steamy parking too.

Oh, yes, there are secrets among those back roads and small towns. And in “My Fate, My Destiny,” a few more of Ravol’s and Byron’s dangerous secrets will be revealed as the past merges with the present.

Read an excerpt from “My Fate, My Destiny.” 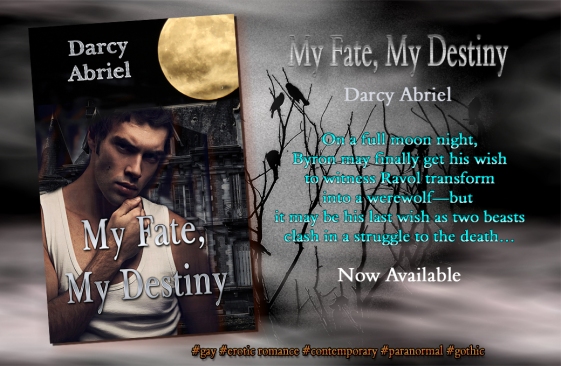 Link to purchase on Amazon: https://www.amazon.com/dp/B07CXLWS75 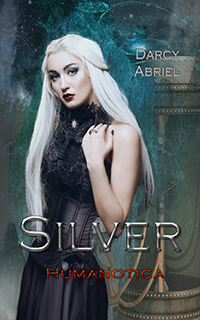 I had an idea. Or maybe it’s that statement that started with what if? How many times do you hear that from an author?

That’s indeed how Silver and the whole world of Humanotica was created. I didn’t know the characters when I started writing the first scene that popped into my head. I was free writing and didn’t worry about genres, or correctness, or anything but the characters playing out the scene. I saw an intriguing figure – part man, part woman, but…there was more. Another day passed, and another scene popped into my head.  I saw the man who “owned” her. And at first I thought he was the villain.  I wrote another scene, and then another. And suddenly I saw the layers to my villain-hero. And I became intrigued, and challenged. And even more excited about the strange alliance/attraction that sprung up between these individuals in a world of fetishes and exotic modifications. A world of complex people with complex motives. And then another character popped onto the scene, further complicating relationships. And I couldn’t not write this story.

Would it sell?  I couldn’t worry about it. Would people like it or think I totally lost my mind? Couldn’t worry about that either. I love world building, I love reaching for the impossible,  I love wondering about what ifs. I like delving into emotions and attractions and complicated personalities. I want to take someone you should hate and reshape them. I want to take someone you might pity and fashion their strengths through those very flaws that look to defeat them. I want to take that alpha and drop him or her to their knees. I want to take a beta and give her or him strong depth and a keen intelligence and perspective you might not expect. I want to create a romance out of the unexpected.

I want to take a city and turn it on its ear, display sexual dominance and experimentation as an art form and negotiating tool ruled over by a class of nobility known as the Dominatae who polish and hone their lifestyle into a fine edge of flawless perfection and darkest power.  I want to blend male and female, human and machine, spiritual and earthly.

Meet the Quentopians, the Orictian warriors, the Faunfolk, the Malefici Carnaliad sorcerers. Fight against the Politicos along side the Metallitionist Resistance Fighters who seek freedom for the humanotics. Have a drink at the Music Box Saloon that offers the best in festish humanotic entertainment. There’s more, so much more to be discovered in Quentopolis.

Enter this city at your own risk. And that’s about how I’d describe my mind as well.  Risky, twisted, and always conniving, never completely at rest. Worlds are fashioned and formed a piece at a time. I slide the pieces together, sometimes reshape a piece here or there. I wait for revelation and a-ha moments, and reshape some more. I listen, and I listen some more. It’s a big world – a living world – and there’s a lot more to come.

Now, back into your cave, writer. The whip cracks and I feel the sting of creativity flick keenly across my senses. Back, I say, into that complex world, to the twisted muse that ever calls 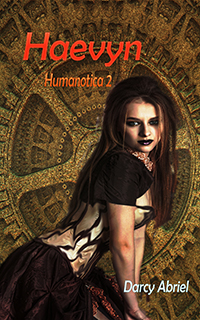 for more. And I must obey.

Here’s another holiday themed prompt. Step away from the hectic, grab a cup of coffee or hot chocolate, maybe a holiday cookie or two, and let your creative mind wander. Write anything, write something, just fill that sheet of paper, or computer screen with words.

I like to write with a “stream of consciousness” such as this. A computer screen feels like noise to me sometimes, it speaks of deadlines, of rushes, of have-to-get-this done. Whereas, a journal or a notebook, and a pen – fountain pen preferably, speak of my time, my corner, my quiet time, the intimacy of notebook and pen, mind uncluttered with daily needs and needs and wants. Just me, an image in my head, dialogue emerging, and the true flow of words on paper. 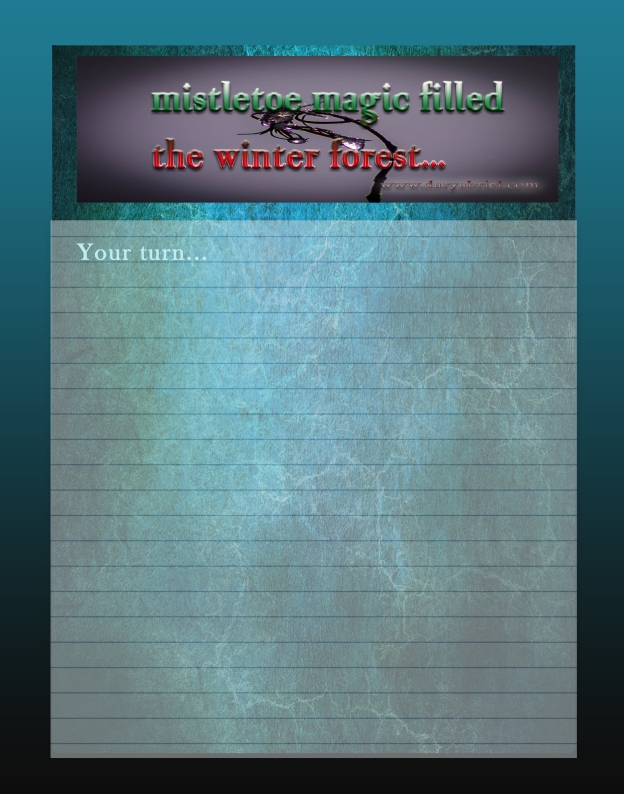